Kateb Yacine's Journey beyond Algeria and Back 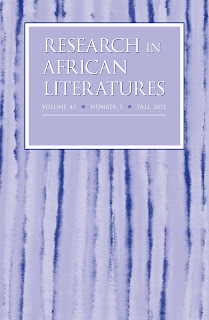 "It is significant that one of the most influential and well-respected writers of the Algerian war generation selects Vietnam as the setting for a play. This choice allows Kateb to reach beyond Algeria. His work prior to L'homme questions and criticizes myriad issues: colonial institutions, social injustice, poverty, government corruption, and hypocrisy. Most of his literary endeavors are set in Algeria, and as Bernard Aresu indicates, Algeria represents a "microcosm of a broader world view" (7). With this play, however, he does not limit the setting to Algeria, his own nation; rather he adopts another country, Vietnam, as the microcosmic land. As an Algerian francophone writer, this alternative allows him to portray abuses of power in other nations beyond Algeria, while emphasizing the significance of Dien Bien Phu and the Vietnamese struggle to the world. This attempt to convey an international critique of injustice is demonstrated in the following ways: First, Kateb states an international political message and chooses a setting outside of Algeria to convey this message. Secondly, to enforce his message he employs thematic and linguistic satire, especially in order to render characters from various nations. At the same time, he draws a clear distinction between those personalities he ridicules and those he respects. Finally, he derives formal inspiration from Vietnamese popular theater. This study will first show examples of these attempts to go beyond Algeria and will then point out how this internationalizing project paradoxically leads to the local theater that makes up the remainder of Kateb's literary career. (...)"

What is the meaning of memory? 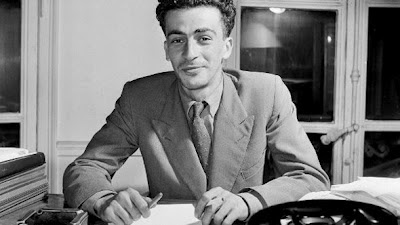 "While to this day, those in power in Algeria obstruct an honest, uncensored processing of the past, Algerian literature repeatedly tries to create a space where collective hurt and the experience of violence can be played out. This is a positive thing.
But there are also disadvantages to the domineering presence of complex thematic backdrop of violence and trauma: it distorts appreciation of other qualities offered by Algerian literature – for example its fascinating, unusual richness of form. As early as 1956, Kateb Yacine, one of the founders of modern Algerian literature, set out his legendary novel "Nedjma" as a complex tale of deliberate confusion. Since then, polyphony, distorted perspectives, intertextual references, and a play on fiction and reality have been hallmarks of Algerian novels. Where does reality end, where does literature begin? What is the meaning of memory? The sheer variety of themes addressed by Algerian literature is also staggering: Habib Tengour's literary grapplings with the issues of exile, identity and cultural globalisation are examples of world literature in every sense. (...)"
Martina Sabra
"Moving Beyond the Examination of History"
trad. de Nina Coon,Qantara.de, 2012.
Publicado por antónio quadros ferro 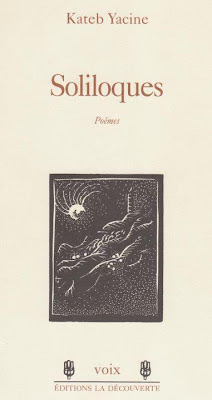